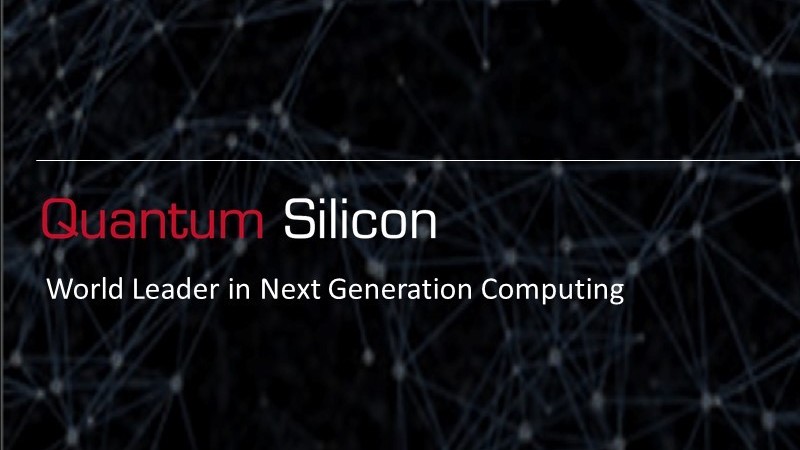 Few domains have seen such tremendous progress and growth as integrated circuits. For many years the number of transistors doubled and costs halved every two years – what is known as Moore’s law. But since the early 2000s, when feature size began to drop below 90 nanometres, the industry has not been able to follow that path. Transistors nowadays reach atomic limits, and as electrons moved faster and faster through smaller circuits, chips began to produce too much heat.

We need a fundamental paradigm shift in how we design chips and based on what physical principles to unlock the next big step-change in computing power. That’s where Quantum Silicon, a startup based in Alberta, Canada, comes in – reinventing semiconductors by replacing transistors with patterns of unique single-atom silicon quantum dots.

Founded by Ken Gordon and Robert Wolkow in 2011, the startup uses quantum dots to develop quantum ASICs that promise 100x faster operations at 100x less energy consumption. Among the first such ASICs are a quantum magnetometer and a quantum random number generator.

Learn more about the future of quantum dots from our interview with the CEO Ken Gordon:

Why did you start Quantum Silicon?

From starting my first company on parallel supercomputing back in the 1980s – way ahead of its time – to working for other startups and leading turnarounds, I spent several decades with early-stage startups.

I was working as a venture partner at a Canadian venture fund when I met Robert at the University of Alberta. He had researched silicon since his post-doc at IBM’s Yorktown Heights lab and was among the first users of scanning tunneling microscopes. He had invented these unique single-atom silicon quantum dots – nanocrystals as small as a single silicon atom that can trap electrons.

We looked into his research at the venture fund, but the technology was too early for venture investment at the time. Yet, the potential was massive – the idea of building integrated circuits based on quantum dots was just too compelling to be ignored, so I left the venture fund and joined the startup full-time.

After about a decade of research, we got all the bits and pieces together to develop our first actual products in late 2019: a quantum magnetometer for sensing magnetic fields and a quantum random number generator. These are our first two quantum ASICs, replacing transistors with quantum dots which gives 100x improvements in energy efficiency and speed. We have also developed artificial intelligence techniques that make our STM-based manufacturing automated and scalable.

Silicon quantum dots can be used both as binary bits and qubits. So we faced the choice of whether we should get involved in quantum computing or focus on conventional bits – and we decided on the latter: The market for conventional computing is huge, and it’s here today. The quantum market is still a decade away – and the jury is out on how large it’s going to be.

We use quantum phenomena in our two-dot devices to do our magic: our quantum magnetometer uses so-called Pauli spin blockades to measure magnetic fields. And the quantum random number generator uses the random tunneling of electrons between two quantum dots to generate random numbers (i.e. as an entropy source).

It’s a quantum mechanical effect that allows particles to propagate through energy barriers and an electron to tunnel between two adjacent quantum dots. By applying an electrical voltage, one can also force the electron to be in either of the two quantum dots, thereby defining the states “0” and “1” – that’s the working principle of the quantum ASICs.

Compared to other approaches, our quantum dot devices are based solely on silicon, involving no lasers, no diamond matrix, and no complex interfaces e.g. as for nitrogen-vacancy centers. They’re also a lot more energy-efficient, requiring power only on the order of milliwatts, and a lot faster: the QRNG is expected to have an output of at least 50 Gb/s.

The semiconductor industry is one of the most complex industries, involving a complex value chain and a lot of complex physics. Yet, making chips using photolithography has become expensive because the cost per transistor is no longer falling. Our goal at Quantum Silicon is to revive Moore’s law for the semiconductor industry, making chips 100x more energy-efficient and 100x faster based on Robert’s research into silicon quantum dots.

Yet, taking on an entire industry is difficult as an outsider, so we decided to focus on solving specific problems first and making sure our research is commercially relevant. We’re talking to lots of potential users and even got one contract with Lockheed Martin. That way, we learned that the market for magnetometers is not only enormous but also consists of lots of submarkets, which helped us devise a strategy to enter that market.

Customer discovery hack: Be humble and get in touch with people from the industry as early as possible. You can learn both from customers and competitors! But you must avoid building a product that no one in the industry likes.

Our goal is to build the next giant semiconductor company, providing better and more energy-efficient chips, and ultimately also addressing quantum computing hardware. Please get in touch with us for partnerships, collaborations, or if you’d like to join our team – we’re always happy to talk to smart and ambitious people.

Quantum Silicon Inc.: A new generation of computing circuits that are tiny, fast, and cool – News article by EnergyNow.com