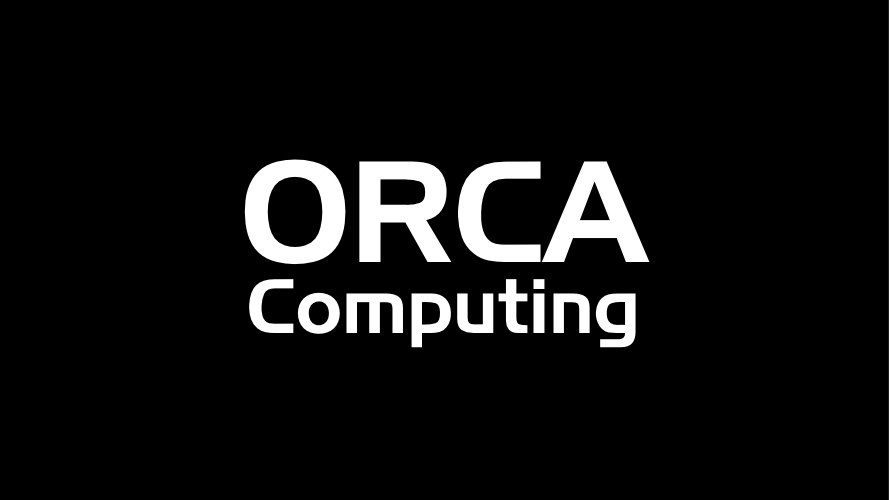 For years the quest has been on to develop quantum computers – devices that use quantum effects and quantum bits, so-called qubits, to perform computations much faster than any classical computer ever could.

While multiple frontrunner startups have explored various technology platforms, from superconducting qubits and ion trap systems to diamond-based quantum accelerators, scaling the number of qubits from a few dozen to hundreds, thousands, and eventually millions of qubits has remained notoriously difficult. But this might change with photonic quantum computing.

The startup ORCA Computing builds photonic quantum computers that use photons, the fundamental particles of light, as qubits. Using quantum memories and established telecommunications technology, it can scale its devices more easily and integrate with existing computing infrastructure e.g. in data centers. Based on the core memory technology developed by Kris Kaczmarek, ORCA was officially co-founded by Ian Walmsley, Richard Murray, Josh Nunn, and Cristina Escoda in Oxford in the fall of 2019. This summer 2022, it has raised a $15M Series A led by Octopus Ventures and joined by Oxford Science Enterprises, Quantonation, and Verve Ventures, with additional, project-based funding provided by Innovate UK. Previous investors also include Atmos Ventures and Creative Destruction Lab.

Learn more about the future of quantum photonics from our interview with ORCA’s head of product Kris Kaczmarek:

Why did you start ORCA Computing?

Josh, Ian, and I have been working on quantum memories and photonic quantum computing in a research context long before there was the idea of starting a company. During my Ph.D. at the University of Oxford, I solved a major roadblock in using quantum memories for computing, after which I moved to Geneva for a postdoc. At the same time, Josh and Ian met Richard and Cristina, who noticed the huge potential of our technology, and together they decided to found ORCA.

The idea of commercializing the research around quantum memories and developing products that are useful for customers today rather than in decades really stuck with me. I also knew Richard from his time launching the National Quantum Technologies Program as part of Innovate UK and knew he was the guy that could make this happen. And so I joined ORCA even before the company officially launched!

We are using photons to build a quantum computer. They have some nice properties: for example, they can hold on to quantum information for long times – notice the cosmic microwave background is still polarized after billions of years. Photons can thereby transport information over long distances, which is already used by modern fiber optics and is key to building large-scale photonic quantum computers, as well connecting different quantum computers, or even building the quantum internet. And all of this works at room temperature.

The main challenges with this technology arise from the fact that photons don’t like to interact with each other. It’s notoriously difficult to entangle two photons, which is necessary to perform e.g. two-qubit gates. Usually, you would just hope for photons to entangle at random – build a vast system with lots of photons and hope that a subsystem of that actually has enough entanglement to perform quantum computations. But this comes with a lot of overhead in components.

This is called spatial multiplexing: you take something that occurs with low probability, like the entanglement of two photons, and simply repeat it in parallel many times – and thereby increase the chances of entanglement. Thanks to integrated photonics and semiconductor technology, in principle, one could pack a lot of components densely on a chip. On the flip side, all the known chip materials absorb photons, which is obviously bad if you want to use them for computations.

Based on our quantum memory technology, we’re developing an entire photonic quantum computing platform: with photonic qubits and processors, quantum links to interconnect them, and quantum software – with quantum machine learning being our first use case. Our software kit is based on the Python machine learning framework PyTorch – enabling you to simply insert a quantum layer into your conventional neural network. This also allows you to control how much quantum to add into the mix: maybe you start by solving 99% of a problem classically and do just 1 % using quantum resources. But as the quality and quantity of our qubits improve, you’ll be able to ramp up the share of quantum easily.

We saw a clear near-term commercial opportunity based on our unique quantum memory technology and using off-the-shelf components from the telecommunications industry. So, we’re selling photonic quantum computers that customers can already get value out today, e.g. most recently, we’ve been working with the UK’s Ministry of Defense and the new Israeli Quantum Computing Center.

Our mindset really is: how can we deliver value to customers as soon as possible? Performing e.g. the well-known Shor’s algorithm would require millions of high-quality qubits – but already a few dozen of qubits can help with quantum machine learning. Machine learning is both hard – so any speed-up gets you a real advantage – and it is used for so many things – so there is less risk you’re going to be stuck with niche applications that are very specific to quantum.

We focus on identifying problems where quantum can really make a difference – hard for classical computers, easy for quantum computers – like generative adversarial neural networks and QUBO problems.

Finally, we also have a clear roadmap ahead: by leveraging classic plug-and-play telecommunications technology, we’ve started building the first quantum photonic processors and will later re-assemble them with better components, systematically upgrade our these processors and eventually turn them into fault-tolerant, universal quantum computers.

Advice for fellow deep tech founders: You have to have a long-term vision, but you also need to figure out a way to get there and how to commercialize it in the near term. Make your dream actionable by setting milestones – especially in a macroeconomic investment climate amenable to three-year rather than ten-year bets.

We’re always happy to talk to fellow quantum enthusiasts and look for bright people to join our team – feel free to reach out to us on our website.

Quantum Repeaters & Memories – Research group website by Mikael Afzelius and Nicolas Gisin that Kris Kaczmarek had been part of previously, with many more resources for further reading.

Quantum Memories – A review on arXiv to dive deeper into the subject, based on the European integrated project “Qubit Applications (QAP)”