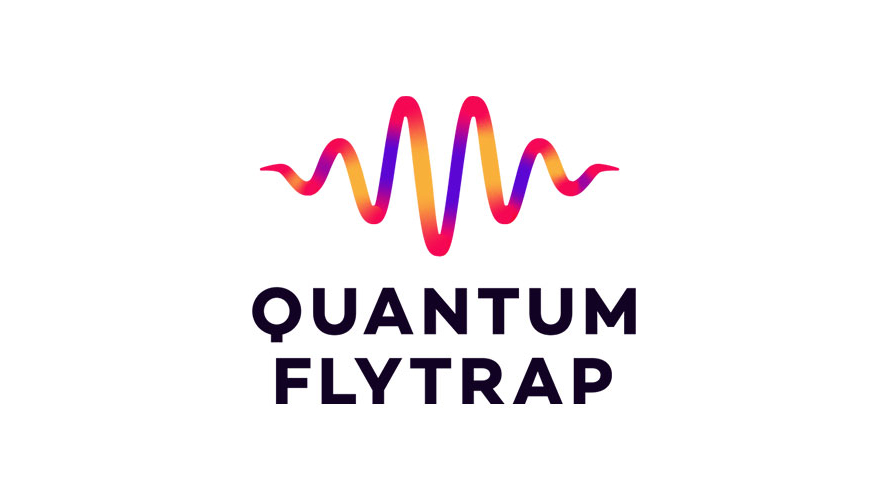 Quantum computing is currently at the same level of sophistication as using punched cards for normal computing – it’s a tedious, manual process that still very much depends on your quantum hardware. But what if you could simply open up an editor and start developing quantum code – for any hardware, without losing performance?

People tend to underappreciate good interfaces, as the best ones feel so natural that they are invisible. But they matter as much as hardware and algorithms do. There is a reason people don’t code websites in Assembly. And even the top AI researchers use deep learning frameworks like PyTorch, interactive environments like Jupyter notebooks, or integrated development environments (IDE).

Following the same spirit, the Polish-Israeli startup Quantum Flytrap builds the first no-code IDE for quantum algorithms. Founded by Piotr Migdał and Klem Jankiewicz in early 2020, it has raised a pre-seed round from SMOK Ventures and just started its first pilot project with the Paris-based quantum hardware manufacturer PASQAL.

Learn more about the future of no-code IDEs and quantum developer tools from our interview with Piotr Migdał:

Why did you start Quantum Flytrap?

In 2019, we got invited to the Centre for Quantum Technologies in Singapore by Prof. Artur Ekert, a founder of the field of quantum cryptography and now an advisor to Quantum Flytrap. We developed Virtual Lab – an interactive, web-based simulation of photons, the elementary particles of light. It lets the user experiment with quantum phenomena like superposition, entanglement, measurement, or even quantum cryptography and quantum algorithms. To make it easy and engaging for education, we released it as a Quantum Game.

After this intense three-month hackathon-like project, Klem and I decided to continue working together, and we founded Quantum Flytrap. The goal was to go way beyond academic or educational projects – to make it easy to use quantum computing in business. Like Excel is the standard for accounting, we want to become the standard user interface for quantum computing.

Many things need to fall into place for building a startup: finding the right business need, getting the right timing, and having the right team. We both had the conviction that quantum is just about to become useful. And we already knew that we can and like to work with each other – even when it gets intense.

As importantly,  we also had complementary skills. I had a Ph.D. in quantum physics and worked before as a consultant in deep learning. Klem had a background in product and interaction design – and she started learning quantum physics to build the best possible interface for technical people entering quantum computing. Our Singaporean experience with game development turned out to be crucial. It is at the intersection of physics, numerics, software engineering, design, and UX. And games are unforgiving when it comes to UX. It is not enough that the UI is understandable – the UX needs to be smooth.

Let’s start with a few notes on quantum computing: The first quantum computers won’t be universal, general-purpose computers but rather noisy intermediate-scale quantum processing units (QPUs) that can be used for optimization problems. To leverage the full speed-up that comes from specialized hardware, one needs to write low-level code for a concrete physical device.

Quantum algorithms can be expressed in an abstract, hardware-agnostic way using quantum circuits. It is a tempting model as it is close to classical computing. However, as with any abstraction, it comes with an overhead. Each quantum device has different physical operations, some expressible as quantum gates, some not. Consequently, for early-stage quantum computers, and maybe for all quantum computers, all practical code will be written for a particular QPU architecture. It’s like high-performance code in graphics and deep learning being specialized to Nvidia graphics cards (GPUs) with CUDA.

But unlike GPUs, QPUs not only vary by vendor but also in the fundamental physics that they employ for quantum computations. Computing cannot be error-corrected yet as in classical computing. Therefore, each low-level operation is noisy. And unlike deep learning, which is robust, i.e. small mistakes result in only less accurate predictions, quantum computing is very sensitive to changes. A single unintended sign flip and the result becomes nonsensical.

That’s why it’s important to have high-level programming tools which help you develop and test code easily – and that’s why we are developing Quantum Flytrap: a no-code IDE for quantum algorithms. It allows users to write quantum code and simulate and debug it all visually on their local machine – simulating in real-time how the code would run on an actual quantum computer.

At first, we thought we could just go and build the IDE, but we soon realized that this would involve too many untested assumptions on the product-market fit. We needed to test it early on with companies interested in contracts for such solutions, not just freelancers or researchers.

That’s why we focused on optimization problems for large enterprises, e.g. in logistics, warehousing, or portfolio optimization. For Fortune 500 companies few percent improvements can lead to significant savings and billions in business value. We wanted to focus exclusively on B2B sales. Client by client, we make sure we build the product that is the best in class for creating and debugging quantum algorithms rather than creating the second-best tool for everything.

In the short term, we focus on quantum hardware manufacturers – to help with creating tools for internal development and facilitating the sales process. Even the most seasoned software engineers with PhDs in quantum physics benefit from time savings with quantum algorithm development. And it allows showing to clients real working examples rather than just nice presentation slides for business development. It is essential, as we consistently got the feedback from VPs of Technology at large enterprises, that right now, they have few tools to evaluate quantum technologies, much less to deploy them.

We got a first project going with the quantum hardware manufacturer PASQAL, where we’re testing our real-time simulation engine and user interface, and their internal team uses it to create working examples of quantum algorithms running on their hardware.

Quantum hardware manufacturers develop libraries specialized for their devices. But they won’t run as efficiently on other hardware, nor do other quantum companies like the vendor lockin. That’s why there is an opportunity for us to develop a hardware-agnostic IDE for quantum algorithms. The quantum software space is also still less crowded, and we aim to take a fair chunk of it.

Contact us if your company would benefit from a more straightforward way of using quantum technologies or if you are a deep tech investor interested in learning more about our seed round.

SMOK in 2021. Year in Review – Review of SMOK Ventures of their 2021 portfolio investments, including Quantum Flytrap.