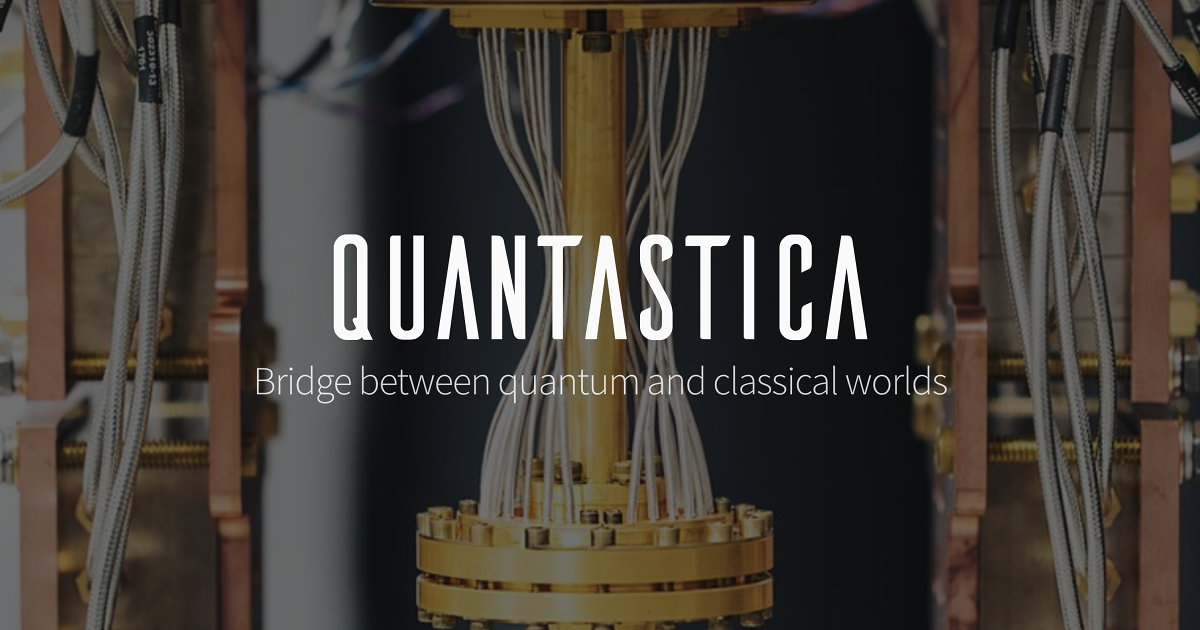 Quantum computers open up a new paradigm of computing. They promise exponential speedups for specific calculations but also require entirely new algorithms. And developing these is a tough challenge.

Whereas some known quantum algorithms, like Shor’s algorithm, were developed by hand and through human thinking, there hasn’t been a systematic way to create new ones. Or to optimize existing ones: As every gate operation adds a small error to the calculation, the goal is to make the quantum circuit implementing a quantum algorithm as short as possible.

Driven by his interest in quantum computing, Petar Korponaić developed not only his own editor and simulator for quantum circuits, Quantum Programming Studio, but also founded the startup Quantastica in 2019 in Helsinki. After receiving initial funding from Icebreaker VC in 2019, he and his team built a prototype that can generate and optimize quantum algorithms tailored to specific use cases.

Learn more about the future of quantum algorithms from our interview with the CEO Petar Korponaić:

Why did you start Quantastica?

I started reading about quantum computing back in 2015 when it was a refreshing new thing to learn after 25+ years in traditional software development. There wasn’t much literature besides the book “Quantum Computation and Quantum Information” by Nielsen and Chuang, so I mostly read scientific publications.

I got so excited when I understood the potential quantum computing offered that I couldn’t stop obsessing about it – and as a software engineer, I immediately started coding. Mainly working nights and weekends besides my full-time job, I built my own quantum circuit simulator as an open-source project on GitHub. I was a complete amateur and did not expect anyone else to care.

Until at some point, IBM incorporated my code into Qiskit for their Javascript-based simulator Qiskit-js, linking back to my original repository on GitHub. Suddenly, the project received great outside interest and gathered a community of open-source contributors.

We started from simple quantum circuits and built our way up. However, using JSON to specify the quantum gates was painful, so we created a GUI that lets users drag and drop quantum circuits online, becoming the Quantum Programming Studio.

In addition, we built a converter to convert from the internal format of our simulator to other formats and made it compatible with Rigetti: You could assemble a circuit, get the PyQuil code and run it on a Rigetti machine – which I got access to when asking on the Rigetti Slack group. A micro-grant from the Unitary Fund greatly supported us in developing this.

However, I soon realized this project could have much more impact as a startup rather than a hobby project. So I quit my job and founded the startup Quantastica. We partnered with Rigetti, and they set a link to the Quantum Programming Studio, so we received lots of interest from investors. I quickly learned that fundraising is a full-time job, but eventually, we raised a round from Icebreaker VC in 2019.

Designing new quantum algorithms is a tough challenge. Yet, we developed a generator that can design a quantum algorithm from input and output data for a particular problem. Both input and output data are encoded as quantum states, with a unitary matrix mediating between the two. Our generator then finds an optimal quantum circuit representation of the unitary matrix. It was already used, e.g., for a research project at the Oak Ridge National Laboratory.

Quantastica evolved from a hobby project smoothly into a startup – we were developing the technology first and later exploring use cases and applications through partnerships, e.g., with Rigetti.

From a tech point of view, I am happy with what we have achieved so far with relatively small funding. Our remote team approach is cost-effective and COVID-resistant. And our automated algorithm design has the potential to disrupt the industry. It is hard to program quantum computers, so we gave that job to machines. And machines are doing it better than us.

Finland has a nice startup environment; the deep tech ecosystem is well developed and a good talent source. Building a local team in Finland is first on my to-do list when I raise the next round of funding.

Advice for deep tech founders: If you have an idea that can change the world, don’t let it die with you. Be brave, leave your comfort zone, and put your idea into reality. It is not easy, but it is easier than you think.

And if you have a quantum-related open-source project, step 0 is to apply for a Unitary Fund micro-grant. It will help to spread the word about you and your project and could be the first spark to set your entrepreneurship rocket engines on.

I am always happy to talk to anyone interested in quantum algorithm development – so whoever has questions should contact me. And we are fundraising, so I am also excited to speak to investors and potential partners.

Quantastica Fantastica, The Computational Bridge Between The Quantum & The Classical Worlds – A decent article by The Quantum Insider