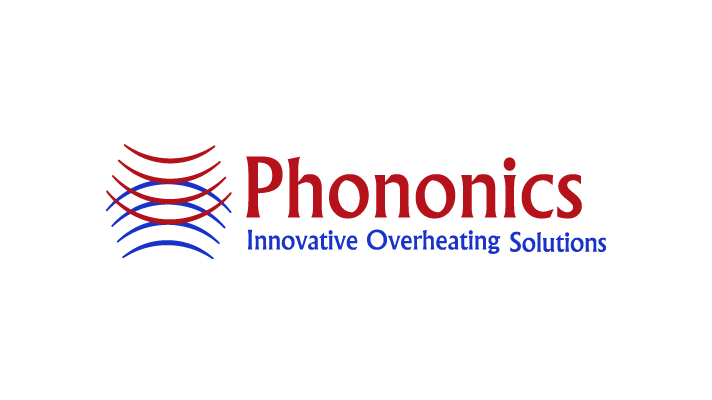 Over the years, chips have become much more powerful, packaging ever more transistors with ever smaller transistor sizes on a silicon chip. Yet, all of these transistors produce heat while performing operations. And getting this heat out of the chip has become a challenge: We have now reached a point where not all parts of a chip can be powered at the same time, otherwise, it would overheat – a phenomenon known as ‘dark silicon.’

How can we keep chips cool? Phononics develops a solution based on a layer of diamond that is included on top of the chip circuitry: Diamond’s high thermal conductivity helps to spread heat and get it out of the chip more effectively, leading to cooler chip temperatures and higher operating performance.

Founded by Adam Hoffman, the CEO of ICDAT LTD. – Israeli Center of Advanced Diamond Technologies producing synthetic diamonds, as a spinoff, Phononics is led by CEO Shye Shapira to commercialize the application of diamonds for cooling chips. It has raised money from strategic investors in the Israeli aerospace industry and the Israeli innovation authority.

Learn more about the future of chip overheating solutions from our interview with the CEO, Shye Shapira:

Why did you start Phononics?

I joined Phononics after its formation as I was fascinated by the challenges we are addressing: It’s both an interesting physics problem to dissipate heat using a diamond’s high thermal conductivity, and it’s an implementation problem to develop a solution that actually works.

Phononics combines various signatures of my life, switching from research to industry 20 years ago. I found that the industry offers a clearer definition of success – developing a product that customers pay for – and better chances of reaching success. Nowadays, startups are much closer to research than they used to be, and they receive credit for doing great things.

Many inventions are made in academia that the world never heard of as they never made it into applications. Take high-temperature superconductors as an example – a great discovery, but until today there are very few applications, and most of them focus on Josephson junctions for magnetic field sensors. Our goal at Phononics is to bring all the academic research around diamonds into applications to keep electronic chips cool!

As we package more transistors on a silicon chip, they generate more heat in a smaller space – a bit like an ember. To prevent the chip from overheating, one has to limit its performance or find an effective way to spread the heat – like a frying pan. And that’s what we are doing at Phononics by including a layer of diamond on top of the chip circuitry.

Diamond is a material with an enormously high thermal conductivity: Carbon atoms come pretty early in the periodic table of elements, i.e., they are light atoms connected by strong atomic bonds, like stiff springs. When you excite such a spring, it vibrates very quickly and transmits the vibration through the entire material. Since heat is nothing else than atomic vibrations, diamonds move heat very efficiently – their heat conductivity is about four times higher than copper and 15 times higher than silicon. And while graphene only conducts in-plane, diamonds can also spread heat in the third direction.

Diamonds used to be very expensive, but over the last 30 years, the processes for producing synthetic diamonds have matured: Nowadays, you can grow diamonds using chemical vapor deposition, depositing one carbon atom after the other to form diamonds. It’s a lot cheaper than natural diamonds, allowing us to grow wafers of microcrystalline diamond, i.e., which consist of many small crystals, and process them further, e.g., to tune the diamond layer’s thickness that we put on-chip.

There’s been a lot of academic research going on into diamond devices, and some academic groups have demonstrated that you could even design diamond transistors. Yet, this is still very early. Making the first device is, in my experience, 2% of the work, and it will be quite challenging to make it work at scale. In terms of manufacturing and materials, there will have to be a lot of innovation because you need very clean diamonds for transistors.

Diamonds may be interesting also for two other applications: As a strong lens for optical computing, given their high refractive index. And for quantum computing: Diamonds can host so-called nitrogen-vacancy centers that can emit photons in a very well-defined quantum state, acting as qubits for quantum computing. Also, quantum computing is still very early, but it can potentially have great applications for solving optimization problems, developing new drugs, or in quantum cryptography. And the nice thing about diamonds is that all of this works at room temperature.

When I joined the company, it was mainly working on one project for a niche application funded by a large customer. I thought we should make the technology accessible to the large market of advanced silicon-based applications. I started by buying off-the-shelf processors, taking them apart and integrating the diamond layer, and then testing them. The results were astounding. We observed a reduction of dozens of degrees in the chip operating temperature. Then through pilot projects with most of the world’s leading chip companies, we showed that the physics works, and now we’re now tackling industrialization and getting our process to mass-scale production.

Advice for fellow deep tech founders: Building a business is a lot about convincing other people. And importantly, it’s not only about tech people but also involves lots of people from other disciplines or who simply want to make a profit and don’t care about your technology. In my experience, people at big companies always talk to people in the same bubble – but you need to be able to talk with all kinds of people.

Also, specifically for deep tech, you need to keep two things in mind: How your technology work for the long-term once it’s included in a product, but also how to get there. It’s easy to hypothesize that something would work if the world were different. But the critical question then is: How to get there? It typically takes a long time and a good strategy before an invention becomes an actual product – like it took more than a decade from inventing the first airplane to offering mass commercial flights.

You are part of an ecosystem of what you can do with your resources and what people need, and based on that, you need a plan with lots of small practical steps to get to a solution that works. And you will typically find that what you thought would be the solution is not and that people need something else.

We are always happy to engage with other players in the semiconductor industry and happy to talk with bright people who might want to join our team. Please contact us through our website.